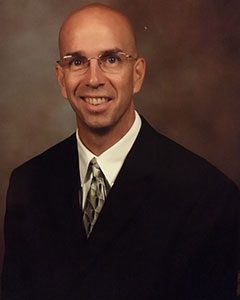 Todd received his Bachelor of Arts Degree from Mount Union College in 1987 where he was a member of the Mount Union Varsity Baseball Team and Phi Kappa Tau Fraternity. He earned his law degree from Ohio Northern University in 1993.  Todd previously served on the Union Local School Board, Community Mental Health Board and volunteered as counsel to the Union Local Alumni Association, Union Local Education Foundation and the Union Local Touchdown Club.  Todd has served as faculty for the National Business Institute’s Continuing Education Seminar on Elder Care in West Virginia and as an adjunct professor of Sports Law at Wheeling Jesuit University. Todd and his wife Julie were married in 1998 and they have four children: Ty, Cal, Casey & Torre. Todd currently spends his spare time with his wife Julie watching their children participate in various athletic endeavors in High School and College.

Todd and his wife Julie were married in 1998 and they have four children: Ty, Cal, Casey & Torre.